Back to news
Print page

Under his leadership, apetito is now the leading meals provider to the health and social care sector with Wiltshire Farm Foods leading the home meals delivery market – while the apetito has grown from c. 500 – 1800 people.  Speaking of his appointment, Freeston says:

“I’m delighted, and honoured, to take over the Presidency of the Food and Drink Federation, which commands the respect of both government and industry.” 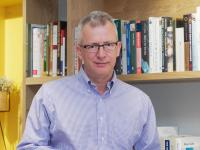 “Having served on the Board of the FDF for fifteen years, been Treasurer and Deputy President for the last two years, I know how valuable this membership is to a business and am very aware that as the UK’s largest manufacturing sector, the food industry has a vital role to play in both employment and the economic success of the UK economy.

“I would like to pay tribute to Jon Woods, and our previous presidents, who have made a significant contribution to the profile of our industry.

“Jon has made an enormous contribution through an exciting, but difficult two years for the food and drink industry which has faced intense pressure while navigating Brexit, Covid-19 and the ongoing supply chain challenges. The FDF has expanded its membership greatly in the last few years, with now almost 1000 members across every category of food and drink.

“This is also a time of significant internal change for the FDF. Outgoing CEO Ian Wright leaves an enormous legacy, growing the influence and membership of the FDF.”

Freeston is a founder member of the Malnutrition Taskforce and a former President of the British Frozen Food Federation.

apetito has been the recipient of three Queens Award for Enterprise, two in Innovation and one in Sustainability.

Further to growth and success in the UK, Freeston has opened up new and growing markets in Canada and USA launching apetito/ Heart to Home Meals.